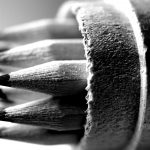 A.  Fundamentals of Art (brief overview)

B.  Perspective and Vanishing Point

A.  Drapes, Reflections and Memory

E.   Eyes and the Rest of the Face
ALL SUPPLIES PROVIDED

Tobin Bortner
We're sorry, but all tickets sales have ended because the event is expired.